Serial Device Server, as a bridge connecting industrial IOT central control system and distance devices, inhabits an important role in the whole communication link. In this article, resolution of industrial automatic control will be taken as the starting point to explore this “great bridge”.

Resolution B: Unmanned park lot. As the boom of the number of vehicle, the number of unmanned park lot will also be on an increasing rise, and it will change the way of transportation. It also takes the use of serial device server to accomplish its function. When vehicle is driving in, sensing equipment will collect the data information and transmit the data to the distance control center through serial device server, and control center will transmit the command of lifting the rod up to controller through serial device server after receiving the information of the vehicle. When the vehicle enters, the same information flow will be repeated to fall the rod. It saves the human effort and management cost greatly, whilst strengthening automation.

Resolution C: building monitoring. London department fire on June 2017 is still visible before the eyes. This old department was build in the last century, and it suffered a huge potential security hazard in its fire control and power supply system.

Intelligent building is to collect data of fire, power, heating and security in real time through various monitoring devices. When there is a danger, monitoring device will transmit the signal to control center through serial device server to trigger the alarm system. The response of the whole system is very quick, which can largely reduce the cost of management and strengthen the security.

Judging from three specific cases mentioned above, the function of serial device service is to serve as the transmission layer of the communication line to connect serial device and distance server. In the meantime, the serial device server largely saves the human efforts and costs of system. 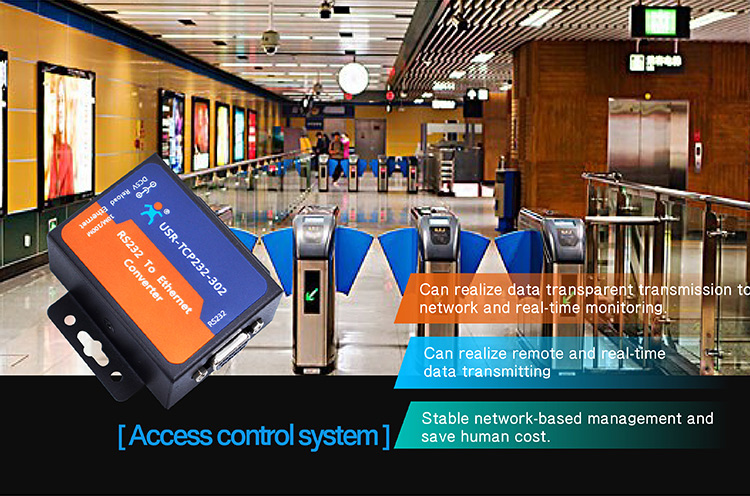