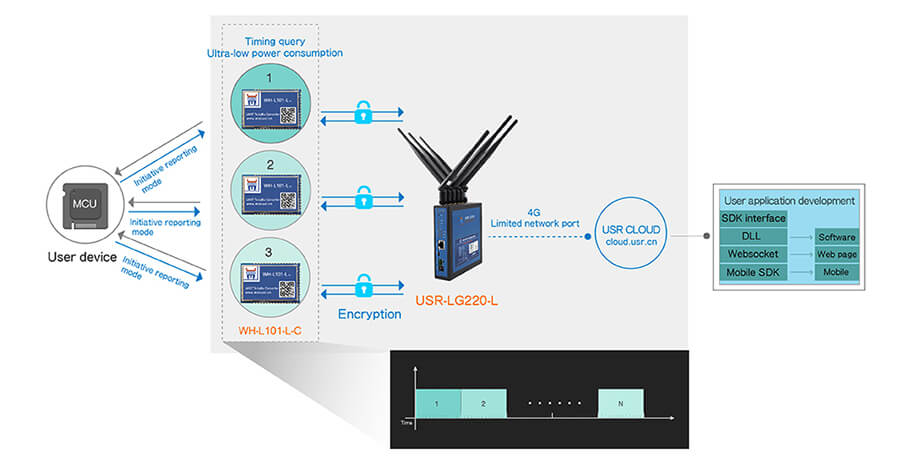 2. After receiving the data, the node performs the corresponding action and replies to the relevant data to complete a data interaction; After that, the node goes to sleep, and the concentrator waits for the next cycle to send the second wake-up data, at most 16 wake-up data can be set in this mode, when a wake-up data poll completes all nodes (stored in the network access node of the database), it will replace the second polling data, and the above steps are repeated until the next polling cycle.When the polling of all polling data is completed, waiting for the polling period to end, the polling will start again from the first saved data in the database.

Polling data setting: It consists of the number of issuance and polling data, which takes effect in passive wake-up mode;

Polling data: the user needs to poll the issued data or command, "hexadecimal" input, maximum 64 bytes, please be sure to input in hexadecimal format.