What is the Industrial Gateway?

What is the Industrial Gateway?

The industrial gateway is used to interface between networks that support different protocols. In the IT and OT field, gateways can communicate between many different resident architectures and protocols. They repackage and convert data from one network to another to understand the information.

Functions of the industrial gateway

The gateway may include functions of protocol converters, impedance matching devices, rate converters, fault isolators or signal converters to provide system interoperability. The industrial gateway covered in this report is used to introduce IP-based network devices into IP-based networks and may be introduced into the Industrial Internet.

With the advent of the Industrial Internet, the range of industrial gateway functions is expanding. Historically, thanks to simple protocol conversion, the advent of remote programmable microprocessor gateway platforms with standard operating systems and the ability to host IIoT platform agents and resident applications has greatly expanded the functional configuration of the gateway.

Due to focus on potential use as an industrial Internet edge infrastructure device, the report particularly pays attention to gateways that support IP-based networks. This eliminates gateways that only support non-IP-based networks at the slave and master levels, including many gateways that will be based on non-IP, usually serial automation network interconnected gateway.

Network routers and switches are typically included in a portion of the gateway spectrum, but such products are explicitly excluded from this report and are included in separate ARC network infrastructure deliverables. Similarly, media converters, device servers and proprietary protocol converters are excluded.

To capture the emerging functional range of industrial gateways, the analysis separates traditional automation protocol conversion devices from the new IIoT gateway devices. In short, for this analysis, the automation gateway is considered to be those that run at a lower level of the architecture stack and emphasize protocol conversion.

On the other hand, the characteristics of IIoT or "cloud" gateways are that they emphasize to provide the device data to other components of the cloud or industrial Internet. Differentiating factors include the use of standard microprocessors and operating systems, such as the Intel IoT platform, and API that support representation state transfer (REST), message queuing telemetry transport (MQTT), and other IoT data integration and transport protocols. OPC UA can also be used for this purpose.

In the early stages of the Industrial Internet, many vendors provide integration between their gateway devices and their own private cloud. Examples include the HMS Industrial Network with Netbiter and its Argos Cloud, as well as Digi International and its Device Cloud. These and other similar products are included in the IIoT category.

The latest IIoT gateways support components of the more advanced IIoT platform that can be executed at the edge. These gateways simplify the interface between the edge and the cloud and further support the execution of edge applications such as analytics. Examples of these edge platform agents include GE's Predix machines in their on-site proxy gateways and partner devices, as well as Cisco unbundled IOx platforms residing in their 8x9 series routers and partner products.

Network types of the industrial gateway

This report introduces the gateway market from the perspective of the service's slave and master network. Due to the emphasis on industrial Internet applications, all primary networks must be IP based, excluding serial and other non-IP master, including according to network type classification:

Wireless slave wireless host (can also be any type of wireless, but usually Bluetooth or equivalent to Wi-Fi)

Cellular (any type of slave to a cellular network)

The central processing unit (CPU) is an electronic circuit or "chip" within a microprocessor-based gateway that performs basic arithmetic, logic, control, and input/output (I/O) operations. Intel, ARM and Freescale are the most popular chip suppliers for industrial gateways.

Operating system (OS) manages computer hardware and software resources and provides common services to applications. Operating systems are an important differentiating factor in the field of industrial gateways because of the tendency to be able to perform edge-resident applications in the gateway. Linux is currently the most popular operating system for IIoT gateway providers, but Windows 10 is becoming an alternative, especially for customers using Microsoft Azure Cloud.

Every device on the Internet is assigned an IP address for identification and location definition. Internet Protocol version 6 (IPv6) provides a larger capacity address space for identifying and locating networking computers and routing traffic over the Internet.

The 128-bit IPv6 is developed by the Internet Engineering Task Force (IETF), and apparently, the number of addresses available under its predecessor, IPv4, will soon be exhausted. These two protocols are not interoperable, but there are software and products to allow communication between the host and the interfaces that support the respective protocols.

When writing this article, most industrial networks do not support IPv6. However, many new IIoT gateways are available.

Most industrial cellular gateways currently operate on 3G or 4G LTE. The term 4G denotes the fourth generation of data technology for cellular networks. The acronym LTE stands for Long Term Evolution and is an acronym for the technical flow of high speed data for phones and other mobile devices. The new LTE M technology is designed for Internet communications.

The gateway connecting the slave network to the Ethernet backbone can support one of the available Industrial Ethernet network protocols. There are many protocols, but most of the devices currently supported are industrial network protocols designed for EtherNet / IP or PROFINET.

The appearance of the industrial gateway

The appearance size refers to the size, shape and physical footprint of the gateway. Many industrial network edge devices are sold as DIN rail or rack/panel mounting. Gateways embedded in terminal devices, such as fanless industrial PC or HMI, are another option. In the latter category, only embedded gateways sold by vendors selling independent devices are included. Suppliers that only sell embedded products are outside the scope of this study. 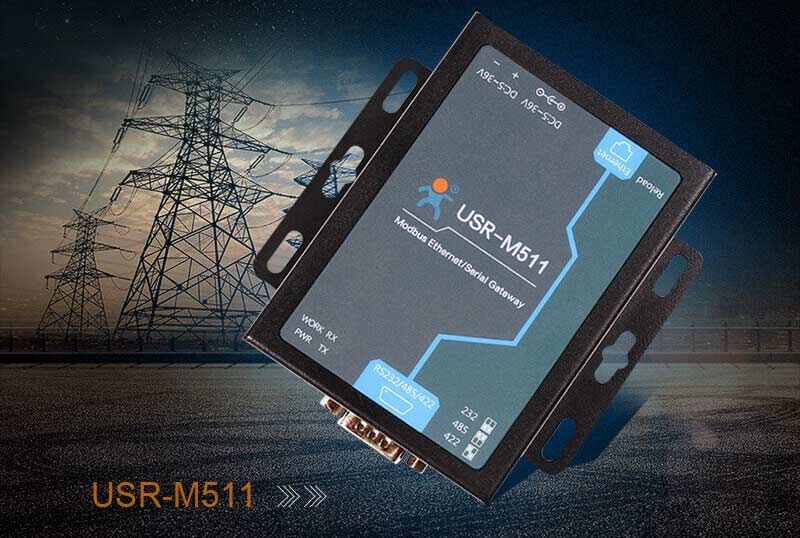