Under the explanation of Gu Xin, Chairman of USR IOT, Li Daibing and his delegation learned about the company's basic situation, development process, honorary qualifications and innovative product cases, and expressed their recognition of USR IOT's achievements and Chairman Gu Xin's achievements in innovation and entrepreneurship. 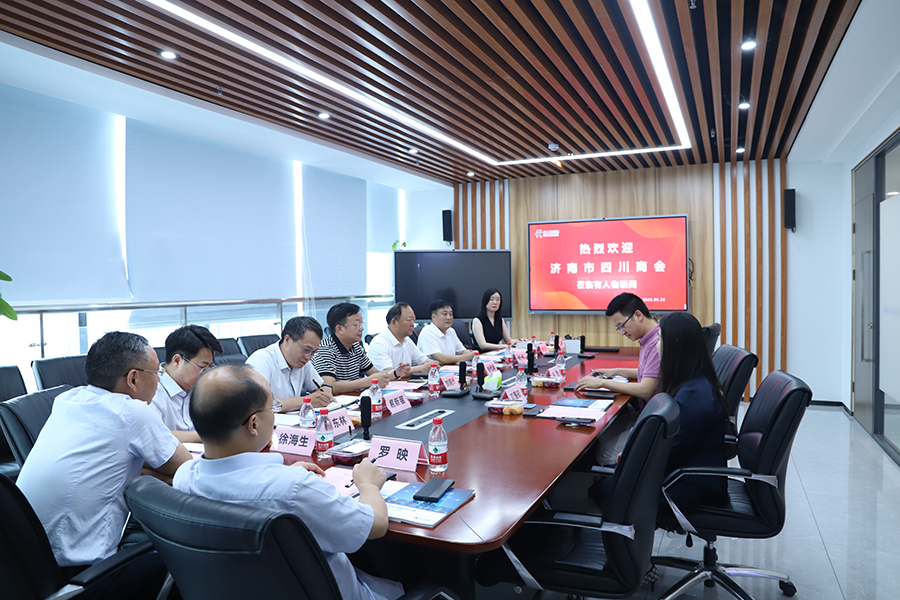 During the in-depth exchange at the symposium, Li Daibing said that through the mouth of Secretary Liu Qiang of Jinan Municipal Party Committee, he learned about Comrade Guxin's entrepreneurship story, deeply realized the spiritual outlook of Bashu's sons and daughters in their innovative struggle in Lu, and also deeply felt the importance Jinan attaches to the development of young talents from other places in Jilailu, hoping to build with USR IOT in the future.Through resource integration, solidarity and cooperation, we will actively connect Bashu and Qilu, lead more young talents from other places to build a dream spring city and a spring city, and jointly contribute to the economic and social development and construction of Jinan and Sichuan.