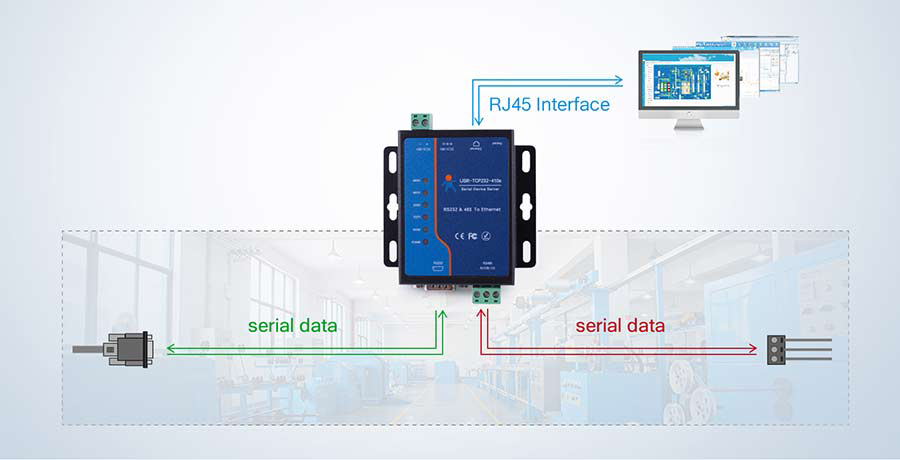 X.21: An interface for the exchange of signals between data terminal equipment (DTE), such as a user's computer, and digitized data circuit-terminating equipment (DCE).

Benefits of using Serial port to Ethernet server for networking

The use of Serial port to Ethernet server not only has stable transmission, but also reduces the cost of network construction, does not require a dedicated line, and can run multiple serial devices on a single network port on the computer.